Bats in the Gables

Did you know?
“A single big brown bat can eat between 3,000 and 7,000 mosquitoes in a night, with large populations of bats consuming thousands of tons of potentially harmful forest and agricultural pests annually.”
(Source: NCSU Cooperative Extension) They make our lives so much more comfortable!

Bats are partially responsible for your morning coffee, that delicious chocolate bar, mangoes, the tequila in that margarita and so much more! Bats are critical for the foods we know and love, pollinating crops worldwide. “Insectivorous bats are primary predators of night-flying insects, and many very damaging pests are on their menu. Pregnant or nursing mothers of some bat species will consume up to their body weight in insects each night. The millions of Mexican free-tailed bats at BCI’s Bracken Cave in Central Texas eat tons of insects each summer night. And a favorite target in the United States and Mexico is an especially damaging pest called the corn earworm moth (aka cotton bollworm, tomato fruitworm, etc.) that attacks a host of commercial plants from artichokes to watermelons. Worldwide crop damage from this moth is estimated at more than $1 billion a year, and research in 2006 concluded that free-tails save cotton farmers in south-central Texas more than $740,000 annually. Throughout the United States, scientists estimate, bats are worth more than $3.7 billion a year in reduced crop damage and pesticide use. And that, of course, means fewer pesticides enter the ecosystem.” Those numbers have without a doubt increased significantly in the last decades. (Source: Bat Conservation International)

Thank a farmer, thank a bat!

Bats are amazing creatures. And yet for many people finding out they have bats in their home is scary. Some people tell us they find bats to be very cute. Others express terror, calling them flying mice. Believe it or not, many homes we visit that have bats have had them for many years. They often go unnoticed, their gentle presence not known until someone goes into the attic and sees them, or a home inspector comes in during pre-sale. Other times people suddenly notice bats flying in and out of a gable vent or other structure on the roof or roof edge.

No matter how we feel about bats, for most of us, once they are in our home structure we want them out. These animals are essential in insect control and our food system, yet when they show up at your house all bets are off.  Most people want them out asap!  When we speak to people about bats, we often are asked questions such as,
“How are bats getting in?”
“How do you get bats out?”
“I heard bats have a maternity season where you cannot do anything with them.”
“Don’t they have rabies?”
“Do we need to get a vaccine if there is one in our home?”
“I know they are beneficial. How can we help them?”
“Are all bats endangered?”
“Are there any bats in NC that drink blood?”
“Bats eat bugs, right?”
“What is white-nose syndrome and how does it affect bats?”

These are common questions, and very reasonable ones too. Bats have been the topic of myth, rumor, and misunderstanding for millennia. The answers to these questions in short are as follows.


How bats end up in homes
Bats are seeking bugs and shelter, not you! No bats in North Carolina drink blood. Bats like cavities. In nature they roost in tree cavities, cracks in rocks, caves, etc. In peoples’ homes the most common roost is on the exterior of the gable vent.  A gable vent is at the top of the side of the house at the peak of the roof. It is usually made of louvered wooden slats spaced approximately 2-3’ apart. The inside of the gable vent is often covered by a bug screen. When bats fly into the gable, they hang on the exterior of the bug screen.

In many cases, bats find a hole in the screen or the screen is dislodged or missing. Holes in the screen can be caused by mud dauber nests on the screen. Eventually, a wasp nest falls off the screen leaving a hole the size as small as a golf ball or larger than your fist. Guano piled up will also eventually erode the bug screen. Bats will enter the attic through the openings in the screens. Sometimes bats get disoriented and cannot find their way out. They may look for other ways out of the attic and find their way into your living space. If they cannot get out, bats will die in the attic, your walls, or inside your home.

Bats will also find small openings along the roof edges or into the eaves or soffits. Whether in an attic or eave, bat guano can pile up, creating a mess of these spaces, and soiling insulation, and even cause wood rot in the soffit.


How to get them out
Thankfully, bats are protected in many cases. Bats cannot be trapped or killed. They can be passively excluded. Once we know how they are getting in, we use devices and materials that allow them to leave, but not reenter. Once the bats are out, the access points will be repaired or sealed to permanently prevent entry.  Clean-up of bat droppings, called guano, can be done once the bats are out.


Maternity season
In NC from May 1st – August 1st, bats form maternity colonies. This colony is entirely female. Each female bat usually has one pup. Since they are mammals, bats nurse their pups.  When the adults leave to forage at night the pups are left behind. Any exclusion work done during this period would separate the mothers from their babies. This would cause the pups to try frantically to get out. They will either perish due to starvation and dehydration, or exertion as they find a way into the interior of the house- places they wouldn't normally seek out. They are often found in a sink or tub looking for water. The mother bats will also search frantically, trying to get back in any way they can. Clearly this is not a good situation. To avoid disruption to the rearing of pups, bats cannot be excluded from May 1st to August 1st.


Do bats have rabies?
A small percentage of bats can carry the rabies virus. “Despite misconceptions, rabies is not very common in bats. Less than 3% of bats tested in NC have the virus. However, it is important to remember that bats can become infected.  Therefore use caution when you encounter one.” Source: NC Wildlife Resources Commission. The CDC states that, "even among bats submitted for rabies testing because they could be captured, were obviously weak or sick, or had been captured by a cat, only about 6% had rabies. This means 94-97% of bats do not have rabies!

We neither want to vilify bats or downplay the dangers of rabies. Rabies is a fatal disease. Each year, tens of thousands of people are successfully protected from developing rabies through vaccination after being bitten by an animal. There are usually only one or two human rabies cases each year in the United States.

You can’t get rabies just from seeing a bat in an attic, a cave, at summer camp, or from a distance while it is flying. In addition, people can’t get rabies from contact with bat guano (feces), blood, or urine, or from touching a bat on its fur. If you are bitten by a bat, or if infectious material (such as saliva or brain matter if it is killed) gets into your eyes, nose, mouth, or a wound, wash the affected area thoroughly with soap and water and get medical advice immediately. Whenever possible, the bat should be captured and sent to a laboratory for rabies testing.

Most people know when they've been bitten by a bat. Due to their size, though, it is possible for a bat to bite you and not wake you. If you wake up with a bat in your living space, call your doctor and your county’s Public Health Department for professional medical information and advice.

Just looking at a bat, you can’t tell if it has rabies. Rabies can only be confirmed in a laboratory. But any bat that is active by day or is found in a place where bats are not usually seen like in your home or on your lawn, just might be rabid. A bat that is unable to fly and is easily approached could be sick.

In the rare cases of humans contracting rabies, people didn't recognize the risk of rabies from the bite of a wild animal, particularly a bat, and they didn’t seek medical advice. In a few of those cases, children had handled bats without adults knowing. Awareness of the facts about bats and rabies can help people protect themselves, their families, and their pets. This information may also help clear up misunderstandings about bats.

Teach children never to handle unfamiliar animals, wild or domestic, even if they appear friendly. “Love your own, leave other animals alone” is a good principle for children to learn.

Wash any wound from an animal thoroughly with soap and water and seek medical attention immediately.

Prevent bats from entering living quarters or occupied spaces in homes, churches, schools, and other similar areas where they might come in contact with people and pets.

If you think your pet has been bitten by a bat, contact your veterinarian immediately and have the bat tested for rabies. Keep vaccinations current for cats, dogs, and other animals.


What is white-nose syndrome and how does it affect bats?
Like many animal species, loss of habitat is causing significant declines in their populations. In addition, many bat species in the Eastern US have contracted White Nose Syndrome. This was introduced in the early 2000's to a cave New York, after an individual was visiting caves in Europe. In Europe, the fungus did not harm bats. Here bats developed White Nose Syndrome (WNS) and it began to decimate the population of several species. To prevent the spread of WNS while working in homes, we use disposable personal protective gear. We also bag and disinfect all of our tools between jobs. For more information about bats and WNS, visit NC Wildlife Resource Commission and Bat Conservation International.

​
​You can help bats!
To help offset habit loss and in exchange for excluding bats, we at Humane Homes wildlife removal will provide FREE INSTALLATION when you provide the bat house. We can make recommendations for bat houses and the best location for install. For more on bat houses visit Bat Conservation International’s page on bat houses. 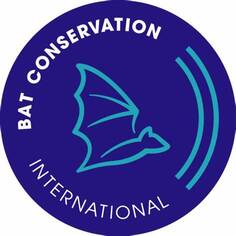 Learn all about heroic bats here!

What's in your attic? ℠
Just call. We will restore peace and harmony.